Legislation that would help protect farms engaged in agritourism from frivolous lawsuits over factors beyond their control—a longtime legislative priority for Pennsylvania Farm Bureau—is one step away from the governor’s desk.

The state Senate approved the measure, House Bill 101, with an overwhelming 48-2 vote. The bill needs one final vote in the House, which passed it with a 142-60 vote in February, to approve minor changes made in the Senate. After that, the legislation goes to Gov. Tom Wolf for his signature.

The Senate’s vote brings within sight the end of a nearly decade-long push by PFB to enact commonsense civil liability reforms that will help more family farms turn to agritourism as a tool to diversify, remain viable through a changing farm economy, and connect with their communities around family fun and local food. The legislation gained traction for the first time last legislative session and ultimately cleared the General Assembly as part of unrelated legislation dealing with liability issues related to COVID-19. Wolf vetoed the bill but over objections to the COVID-related provisions, not agritourism liability reform.

PFB worked closely with state Rep. Barb Gleim to introduce the legislation. The bill would offer commonsense legal protection to farms that invite the public onto their property for agritourism activities, such as corn mazes, pick-your-own produce, hayrides, and similar attractions. Specifically, the bill would grant farms that offer agritourism activities reasonable protection from lawsuits that arise from circumstances beyond their control and in which no party is at fault as long as they warn visitors of the inherent risks of being on a farm, such as uneven ground, weather, and unpredictable animals.

At the same time, farmers would still need to take reasonable steps to ensure guest safety. The measure would not give farms a free pass from ensuring guest safety and farms could still be held accountable if they fail to fix or warn patrons of obvious and dangerous safety risks.

The bill is modeled off similar laws already on the books in at least 20 other states, including New York and Ohio.

Agritourism gives many farms an opportunity to tap into growing consumer interest in local agriculture as a way to diversify their operations and remain viable for the future. But the threat of frivolous lawsuits has been a significant barrier for farmers that want to invite the public onto their property. Without limits on civil liability, farms that engage in agritourism are exposed to significant legal risks and often have difficulty finding insurance coverage or must pay high premiums due to the liability involved.

Applications are Open For the 2022 Leopold Conservation Award

PFB has signs available for purchase that are compliant with the new law limiting civil liability for agritourism. 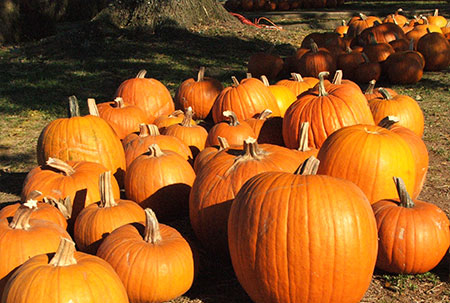