You are here: Home / About Us / State Board of Directors / District 8 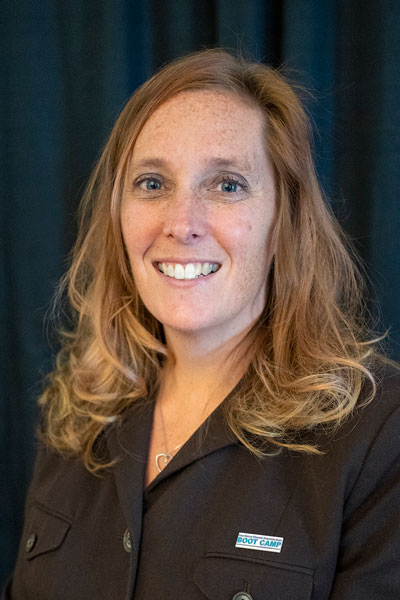 State Board Director Julie Schrum is a third-generation grain farmer at Maple Heights Farms, LLC, in Fawn Grove, where she and her family grow corn and soybean on the 1,000 acres that the family owns and leases. They also have four miniature pygmy and Nigerian goats.

Schrum joined Farm Bureau in 2019 and became the newsletter editor and currently serves as a Board Member for York County Farm Bureau.

Schrum works full-time as a career firefighter for York Area United & Rescue. She has won the CPR Clinical Save Award from her fire company three times (2013, 2019 and 2020) and was named the Red Lion Fire Company Member of the Year in 2004. Schrum was awarded the Yearly Volunteerism Award by Red Lion Borough in 2014 for her efforts.

Off the farm, Julie and Mike are active members of Centre Presbyterian Church in New Park. Schrum was the pianist for 22 years at Mt. Zion United Methodist Church in Glen Rock and fills in at various churches as needed. Schrum and Aidan are active members at Citizens Volunteer Fire Company in Fawn Grove where Julie serves as Chairman of the Board of Directors. She has also been a CPR Instructor with the American Red Cross since 2008.