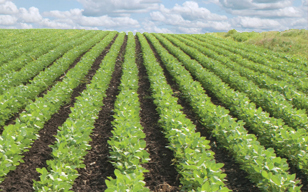 The U.S. Environmental Protection Agency recently issued an order providing guidance for farmers in response to the recent federal court ruling that vacated the registrations of three dicamba herbicides.

EPA said it would allow the use of existing dicamba stock by registered users until July 31. Use must be in accordance with all labeling.

“Farmers across the country invested in dicamba-resistant seeds based on the EPA’s previous approval,” Duvall wrote. “Millions of acres of crops have already been planted and there’s no turning back. The clarity provided by the EPA provides certainty for farmers who were left wondering how they would protect their crops and stock America’s pantries.”

The EPA’s order addresses sale, distribution, and use of existing stocks of the three affected dicamba products – XtendiMax, Engenia, and FeXapan. The order states that growers and applicators can use existing stock in their possession and purchased before June 3, the date of the court ruling, and must cease use after July 31. It also states that further sale and distribution is prohibited, except to ensure proper disposal.

At a recent on-farm event in Lancaster County recently, EPA Administrator Andrew Wheeler said the agency will abide by the court ruling, “but we will do so in an orderly manner.”

Several organizations involved in the push to vacate the dicamba registration had taken emergency legal action asking the court to force EPA to require growers to halt dicamba use immediately. However, the court denied that request, leaving in place EPA’s order allowing growers to use existing stocks until July 31.