Improve the Deployment of Broadband in Rural Communities

Thank you for giving Pennsylvania Farm Bureau the opportunity to provide input on the need to improve the deployment of broadband in rural communities. This issue is one our top public policy items for this session, and our hope is that we will soon see legislation moving in both chambers that address the inadequate deployment of broadband, and provides the proper incentives to achieve those goals.

Our organization has been talking about the need for better deployment of broadband over the past four years. We’ve testified at hearings, held press conferences on the issue and spoken with numerous lawmakers about the pressing need to improve access in rural communities. Thankfully, there has been some success, and legislation enacted that will help address this significant problem. But looking back over these past few years, one can’t help but draw the conclusion that Pennsylvania must do more.

Pennsylvania is faced with a critical moment in time. For the first time, we have a full understanding of the struggles created by inadequate broadband service, and a source of funding to address this problem. Our message to lawmakers is simple: please do not let this opportunity pass us by. Time is of the essence.

Our broad goals for rural broadband are straightforward:

1) We must identify a plan for deployment that prioritizes spending in areas of greatest need; and provides a technology neutral solution that results in broadband speeds that, at least, meet the current Federal Communications Commission definition of broadband.

2) We have to identify the state agency, board or authority best equipped to deploy grants to providers that will fill in those gaps in service. If an existing state agency or board is not so equipped, we must create a new one dedicated to broadband deployment. Whether it’s an existing authority, or newly created one, it must have expertise in the area of broadband.

3) Invest substantial financial resources to the issue. Currently, there are two spending proposals before the House Consumer Affairs Committee to invest American Rescue Plan dollars toward broadband deployment. One of those bills should be considered the bare minimum investment that Pennsylvania will make towards rural broadband, in addition to whatever resources we will receive from federal infrastructure funding.

In the realm of rural broadband, Pennsylvania Farm Bureau views itself as an advocate for “last mile” users. We don’t have the technical expertise on service, nor the engineering knowledge of how to build networks. However, we are an in an excellent position to convey the problems presented by the lack of service. Pennsylvania Farm Bureau believes in rural Pennsylvania and believes in order for our communities to thrive, we must invest in modern infrastructure. With a backbone of strong broadband service, our state’s rural communities can attract new residents and investments and also help our existing small businesses thrive. Any business thinking of locating in Pennsylvania is going to take a critical look at our infrastructure investment—including high-speed internet. Rural Pennsylvania is a great place to start a business, but the lack of investment puts those areas at a competitive disadvantage.

Like any industry, technology is revolutionizing agriculture. From robots that milk cows, to sensors that measure sap flow during maple sugar season, technology is making farmers better stewards of their land and animals. The vast majority of that technology relies on high-speed broadband service. Many farmers in this state are hampered in their ability to use those resources due to the lack of broadband service. And, as we found during this pandemic, rural families were unable to fully take advantage of remote schooling, working from home, or telehealth.

Thankfully, we are at a moment in time where we can address this digital divide—provided that we do it intelligently, according to an established plan, and with the proper incentives to encourage deployment.

Neighboring states have well-defined and articulated broadband plans that address public policy concerns that have hindered deployment. Pennsylvania needs a similar plan that identifies the areas of greatest need, and creates a roadmap to clear out the legislative and regulatory hurdles that stand in the way. Thankfully, Penn State has already developed mapping software that provides a picture of current service, existing infrastructure and current speeds. That data can serve as starting point for determining the communities that should be prioritized for service.

We need to be technology neutral in our deployment. We can’t expect that fiber to every home is realistic, but we equally can’t expect that one company will be the silver bullet solution to all the state’s internet issues. We also are provider neutral. Whether its start-up companies, established providers, cooperatives, or municipalities, Pennsylvania must embrace an all-of-the above solution. A robust broadband plan should explore these issues in depth.

With an established plan, Pennsylvania then must hand the reigns over to a state agency for implementation. We would support the creation of a broadband authority to allocate grant dollars to providers who want to expand last-mile service. Our message is for lawmakers to quickly come to an expedient solution and get those mechanisms in place. Our communities, our farmers, are waiting for action and further debates and delays only exacerbates the current situation.

Pennsylvania is at a unique point in time when it comes to broadband, and investing in rural communities. We understand the scope of the problem, the inadequacies that exist out there, and resources to address the problem. The General Assembly must move swiftly on three critical areas: planning, deployment and funding. Time is of the essence. Every window in time eventually closes. We don’t want to see this moment in time go by without our state making substantial progress on broadband. 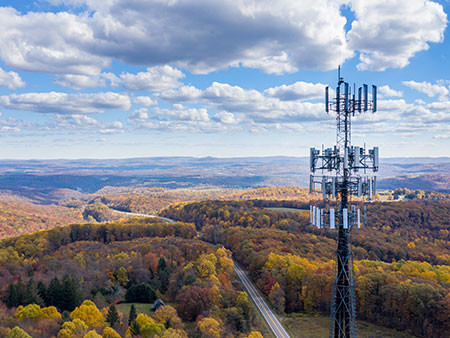