(Camp Hill) – Pennsylvania Farm Bureau (PFB) selected Ryan Brown of Cumberland County as the recipient of the 2020 Distinguished Local Affairs Leader Award during the farm organization’s 70th Annual Meeting. Due to the ongoing pandemic, the event was held virtually.

The Distinguished Local Affairs Leader Award recognizes a farmer, or agribusiness professional, whose contributions at the local level has solved problems and lead to improvements in their community.

Brown was instrumental in reworking a proposed stormwater management fee ordinance that would have resulted in substantial fees for agriculture properties in Silver Spring Township. Brown, who serves on the Cumberland County Board of Directors, said conversations with other farmers concerned about the fee caused him to get involved and speak up at a township meeting.

“When I realized that I wasn’t the only one affected, it solidified to me that someone had to step up and take charge on this one,” Brown said.

Brown spoke at a township meeting about the steps that farmers take to manage stormwater, and the conservation practices that farmers in the area have adopted. That led to several more meetings with township officials and engineers. Brown worked with the local officials to come up with a mutually beneficial solution that gives farmers up to a 90 percent fee reduction credit for their best management practices while enabling farmers’ conservation efforts to count towards requirements the township is must to meet.

“Ryan is a great example of the influence that a farmer can have at the local level. He should be commended for his leadership,” said PFB President Rick Ebert. “Ryan’s actions resulted in tangible savings for Farm Bureau members, but more importantly helped show that agriculture is part of the solution to conservation challenges.”

Brown credits the reputation that Cumberland County Farm Bureau has in the community, and its focus on improving the lives of farm families, as playing large role in the success of reducing stormwater fees. 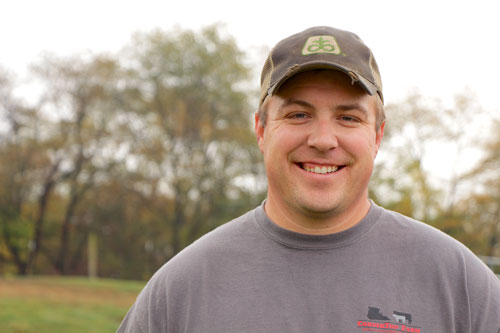