Thank you for giving Pennsylvania Farm Bureau the opportunity to offer our perspective on the need to give schools the option of offering whole milk in schools.

My name is Rick Ebert, and along with being a full-time dairy farmer, I am also president of Pennsylvania Farm Bureau. I, along with my sons, operate an 80-cow dairy in Westmoreland County. The milk produced by our farm is bottled by Turner Dairy Farms in Allegheny County. We are fortunate that most of our milk is bottled for fresh consumption, including during the school year for use in school lunch programs. I’m proud to know that the product we produce is used and enjoyed by my neighbors, and especially for those enjoying milk in schools.

Providing school children in Pennsylvania with healthy milk choices is one of our organization’s leading concerns when it comes to strengthening the dairy industry. We have supported several legislative efforts in Congress to repeal current standards and give school districts the flexibility to offer whole milk and flavored whole milk if they so choose. Our concern is that we might lose a generation of milk drinkers if they are not given the option to sample whole or 2 percent milk.

Fat is what gives milk its flavor. It’s what flavors cheese and ice cream. But, contrary to popular belief, whole milk is not loaded with fat. Whole milk is 97 percent fat free, standardized to have 3.25 percent fat. Compared to skim milk, which has had all the fat removed, there is not much difference in fat content. However, non-fat milk has lost much of its flavor profile. It’s easy to understand why some kids might not drink non-fat milk because it lacks flavor, even when mixed with chocolate.

Since the change in federal standards, there has been a noticeable decline in weekly milk consumption by students. A survey by a national research firm found that weekly consumption of milk per student dropped by one eight-ounce bottle between 2008 and 2018. Student milk consumption dropped even more significantly in early years when higher-fat content choices disappeared.

So why do these trends in consumption matter to an individual dairy farmer? It’s worth noting that the price dairy farmers receive for their milk depends on how that milk is used. Dairy products are divided into four classes. The first class is fluid milk—the bottles of milk on store shelves or cartons of milk provided with a school meal. Farmers receive the most money for that class of dairy. The other classes, which includes cheese, yogurt, ice cream and powder, pay less than fluid milk. A national decline in fluid milk sales means dairy farmers are receiving less money for their milk.

What makes that problem even more acute in Pennsylvania is our dairy processing infrastructure has typically relied heavily on bottling milk as a beverage. Given the number of dairy farmers in the state, and proximity to major metropolitan markets, it’s natural that the dairy infrastructure historically has favored using Pennsylvania milk for fluid consumption. The over-order premium, assessed by the Pennsylvania Milk Marketing Board is based on that milk being bottled. There is no additional premium given to Pennsylvania dairy farmers if their milk is used for cheese, ice cream, or other products.

The bottom line is that our dairy industry has relied heavily on fresh milk consumption. While our farm families are accustomed market forces, and are adapting their small businesses to these changing conditions, an increase in fresh milk consumption would be an immediate boost for Pennsylvania dairy farmers. Our organization believes that giving schools the ability to offer whole and 2 percent milk could lead to a new generation appreciating the taste and nutritional benefits of milk.

Pennsylvania Farm Bureau continues to advocate for Congressional legislation that will give school districts the flexibility to offer whole and flavored whole milk in their cafeterias, and we appreciate Congressman Glenn “GT” Thompson’s leadership on this issue. The Whole Milk for Healthy Kids Act of 2021, introduced by Thompson, and Congressman Antonio Delgado, a Democrat from New York, already has bipartisan support. Pennsylvania Farm Bureau would appreciate every member of the General Assembly reaching out to their federal counterparts to further encourage that bipartisan support. Serving nutritious dairy products in schools is not a partisan issue. We hope that you, and your colleagues, can join us in advocating for an issue that will have an immediate positive impact on our state’s dairy farmers, and the millions of school children in districts across the state.

There are other actions the General Assembly can take to help with the long-term stability of our dairy industry. As many of you remember, the General Assembly enacted legislation to create the Dairy Future Commission that was given the task of making suggestions for how the state and federal government, along with industry partners, could stabilize the dairy industry. Many of their recommendations are being worked through the legislative process, but I wanted to briefly highlight a few that still need to be addressed.

As I mentioned earlier, Pennsylvania needs to improve its diversity of dairy plants in the state. Adding or expanding our production capacity will result in more Pennsylvania milk being used closer to home. However, our state seems to be struggling to attract new capacity. The Dairy Future Commission Report recommended the General Assembly study the existing environmental, zoning and other regulatory restrictions that impact our ability to attract additional processing plants. Our organization supports that type of review so that we can potentially make changes that will result in our state being more attractive to development of processing plants.

Our organization has been incredibly supportive of Dairy Development Grants, funded at $5 million annually, that our farm families have used to create value-added products with their milk. For instance, a farmer in my community used one of these grants to build a cheese plant, where he makes cheese from his milk. He has since expanded and is now using milk from several nearby farms. That is just one story of how a modest state investment has brought stability to an individual dairy farm. We support the restart of Dairy Development Grants so that Pennsylvania can help even more dairy farmers diversify their businesses.

We appreciate the Senate Majority Policy Committee having a hearing on this important issue. Our farm families are committed to producing nutritious dairy products. We hope that with proper education, consumers can see the benefits of drinking whole milk. Despite its name, it is a 97 percent fat free product that includes essential nutrients. It also tastes great. Giving students the option of having whole milk in schools will result in a positive increase in overall school milk consumption. We encourage you to reach out to our Congressional Delegation to express your strong support for the Whole Milk for Healthy Kids Act of 2021. 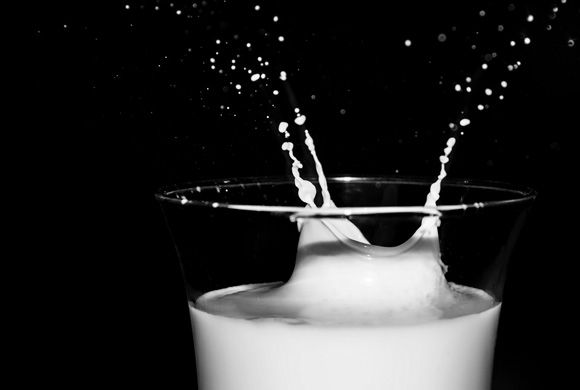