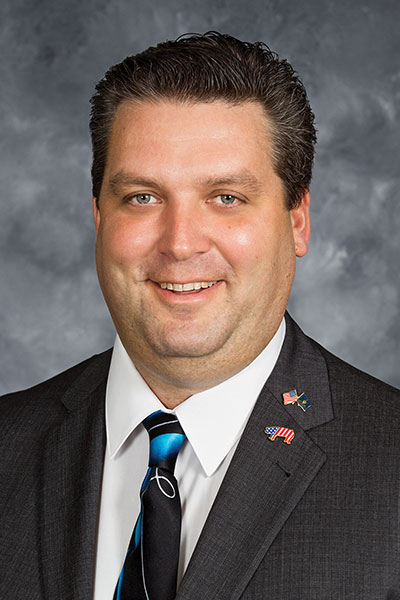 HERSHEY – Juniata County farmer Chris Hoffman has been elected as the ninth President of the Pennsylvania Farm Bureau (PFB) by voting delegates at the 72nd Annual Meeting of the state’s largest farm organization. Hoffman served as the vice president for the past eight years.

“As an organization we are called to be the leader in agriculture and I am excited about what the future has in store for all of us,” President elect Hoffman said. “I know that we need to be united, we need to work hard to identify the problems, and we need to communicate. We need to come together as a unified voice to make this Farm Bureau do the impossible.”

Hoffman has been heavily involved with Farm Bureau over the past 28 years, serving on PFB’s State Board of Directors for 11 years and as a member of the board’s Executive Committee.

He currently chairs the Pennsylvania Farm Bureau State Agriculture Promotion Committee, which focuses on raising money for the Pennsylvania Friends of Agriculture Foundation and encouraging county-level events that promote consumer awareness of agriculture. Hoffman also previously served for four years as chair of the American Farm Bureau Federation’s Promotion and Education Committee. He was named America’s Pig Farmer of the Year by the National Pork Board in 2019.

“I look forward to being a part of all of us working together to drive us into the future that people want to be a part of this organization. I want to be the organization that people look to when they have questions and one that farmers need every day. I am humbled, I am honored, and I look forward to working with each member and the committees. Thank you for this opportunity and I will do everything that I can to move this organization forward.”

Hoffman also serves as a member of the Penn State Board of Trustees and is involved in other agricultural organizations.

Hundreds of farmers from across the state attended Pennsylvania Farm Bureau’s 72nd Annual Meeting at the Hershey Lodge from November 14-16, to set policy for the statewide organization on issues affecting farm and rural families.