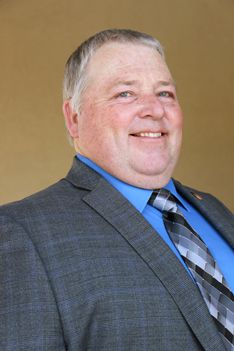 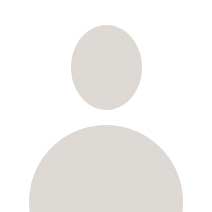 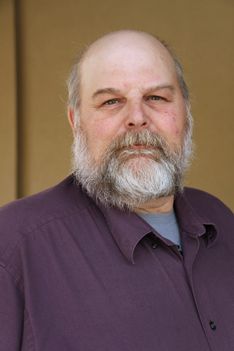 Mark Scheetz is from Bucks County. His family operates a hog, beef and grain farm with an emphasis on direct marketing to consumers. He is the Bucks County Farm Bureau president. He and his wife are 4-H leaders in the county swine club. 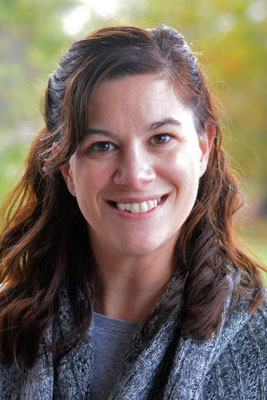 Melissa has loved agriculture from a young age. She grew up surrounded by her family’s love of horticulture and her own love of anything horse-related. As an adult, that love now includes livestock, and crop farming. Melissa, along with her husband Paul and their three kids, are proud to be involved in Agriculture. Alongside her husbands family, they help to grow corn, soybeans, and hay, as well as dairy steers and heifers. Melissa is an active leader in the county 4-H dairy and market goat project clubs, and Melissa is also a proud veteran of the U.S. Army, where she served for 4 years. She truly believes that being involved within your community, will help educate your neighbors about Ag! 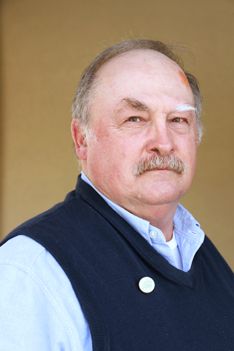 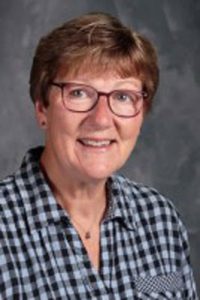 Laurel is a school nurse in Galeton School District and also works on her family farm. The farm work includes caring for 80 milking Jerseys, raising hay, green beans, silage corn, shell corn and wheat. They also do custom chopping of hay and corn.

She is an active member of her county farm bureau and has also participated in several of the Educator’s Ag Institutes in the past. She also served as a 4-H Dairy club leader for more than 30 years.

Laurel is active in her church. She is also a Master Gardener and freezes or cans most of the fruit and vegetables that she grows.

She has been married for 45 years and has 5 adult children and 5 grandchildren. 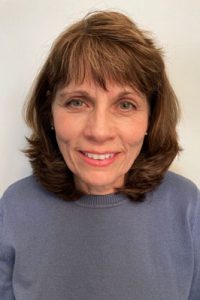 Sue lives on a dairy farm where they milk 900 Holsteins and farm approximately 3,000 acres. They grow corn, alfalfa, soybeans, wheat and canola.

Sue teaches 5th grade at the local elementary school. When not teaching, she serves on her county farm bureau board and as chairperson for the Clinton County Dairy Promotion.

Sue has served her county farm bureau in many capacities, including time on the Women’s Committee, as county newsletter editor and the Promotion and Education Committee.

Sue attends Cedar Heights Brethren in Christ Church. She and her husband, John, have three children, all married, and one grandchild. Two of their children work on the family farm. 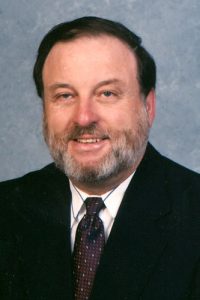 Les grew up on a dairy farm in Somerset County and continues to be connected to the family farm operation now devoted primarily to beef and commercial hay production.  He began his professional career at Oregon State University in 1972, serving as Extension and Research Agronomist specializing in forage crops and potatoes.  He went to the University of Maryland in 1978 where he served as Forage Crops Extension Specialist for 28 years and served as departmental Extension Coordinator from 1993 to 2005   He is recognized for his research and extension efforts in integrated management   for improved hay and pasture production and utilization.   He wrote numerous publications on forage production, quality and utilization, including the popular University of Maryland Extension publication entitled Evaluating Hay Quality.  He has often been referred to as “The Hay Guy.”   After retiring from the University of Maryland in 2006 he established a private consulting business primarily providing pasture and grazing management technical assistance to the USDA Natural Resources Conservation Service in Maryland from 2006 to 2016.

In 2015 Les and his wife Peggy purchased a small farm near Hanover in York County where they, along with a daughter and granddaughter, conduct a small commercial sheep operation practicing year-round grazing.

Les has been actively involved in ag promotion, ag education and ag literacy in Maryland, serving on the board of trustees of the Maryland Agricultural Education Foundation and the Maryland FFA Foundation as well as the Montgomery County (Maryland) Farm Bureau board of directors.  He is currently serving as Ag Promotion Committee chair for York County Farm Bureau. 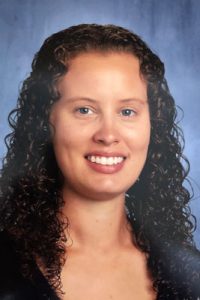 Andrea Brown has been active in the agricultural community since her FFA career in high school. She enjoyed raising and showing goats and sheep, as well as horses. Currently, she is an active leader in her county Farm Bureau, where she sits on the Young Ag Professionals and Legislative Committees. She also serves as the County Secretary. Andrea and her husband, Ryan, raise and breed beef cattle, specializing in club calves. They farm more than 400 acres consisting of wheat, soybeans, corn and hay in Cumberland County.

Andrea graduated from Wilson College in 2013 with an Equine Science degree and works off the farm for a local equine veterinarian office. 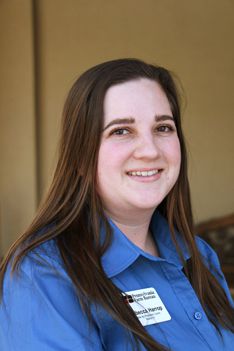 Rebecca, along with her family, has a farm operation which includes a 160-cow Robotic milking barn. They raise all of their own replacement heifers as well as steers for beef. They farm around 1,000 acres with corn, soybeans, alfalfa and other small grains. A member of the Mifflin County Farm Bureau, she is the Young Ag Professionals chair. She also serves on the county legislative and Women’s Leadership committees.

In her spare time, Rebecca enjoys gardening and photography. 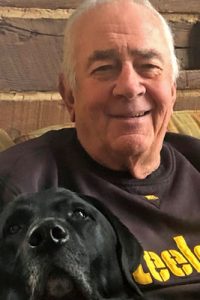 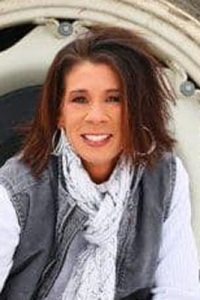 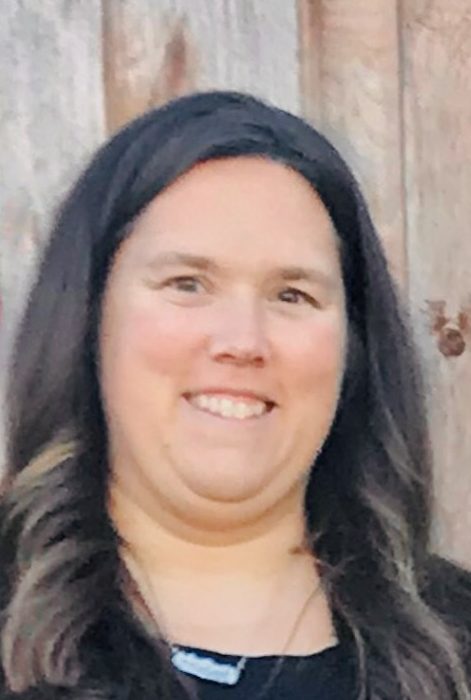 Amanda is the 5th generation on her family’s farm.  Along with her parents and husband, they work to grow the farm based on the needs of the local economy.  Currently, they raise sheep, chickens and some crops.

Amanda’s off-farm work is usually on a part-time basis, including teaching CPR/First Aid in the community.

Amanda is currently on her county Farm Bureau board of directors and is working to develop a Young Farmer & Rancher program in her local area.  She also serves as secretary for the Brockport United Methodist Charge and attends Brandy Camp United Methodist Church.

Amanda and her husband, Anthony, have two children, Garrett and Logan. 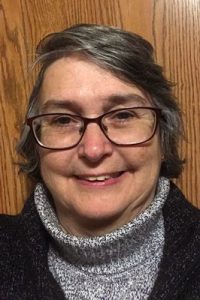 Cathy serves as a member of her county board and is county secretary. She also runs the Crawford County Fair Detective Program.

Cathy is from Linesville, and along with her husband, own and operate Vorisek’s Backyard Bee Farm. They are currently running 200 colonies in their apiary. They travel locally for pollination contracts and produce and sell honey and wax products. Cathy is also one of the teachers for the Pennsylvania Friends of Agriculture Foundation’s Mobile Ag Ed Science Lab program. Cathy was also recognized as the 2021 Partnership in Ag Literacy Award winner.

Cathy is active in her church, serving as a Eucharistic minister and lector. In addition to her county farm bureau, she also is active in the PA State Beekeepers and the Northwestern PA Beekeepers.

Cathy and her husband, Charlie, have five children and ten grandchildren. 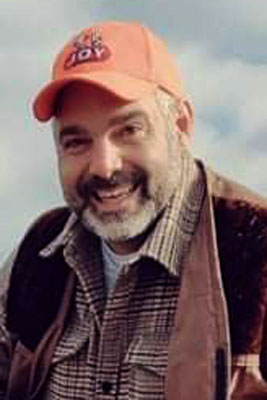 Chip Kohser is a member of the Beaver-Lawrence County Farm Bureau. He has previously served as its president and vice-president. He and his wife Jody live in Greenville. Chip is a national sales manager for Joy Pet Food. He was a founder of Fellowship Foods, a muli-farm CSA operation. 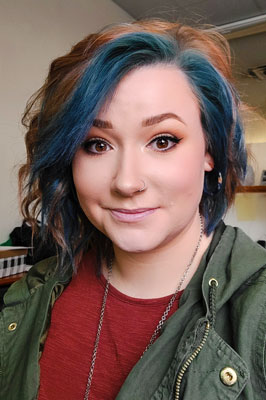 Kayla grew up on the family farm in Indiana County where she raised goats and horses. She currently lives in Westmoreland County where she and her fiancé raise grass-fed beef and pastured pork. They specialize in direct sales of their farm products.

She also works off the farm at Panichelle Financial Group as a Nationwide Farm Certified Farm and Agribusiness agent.

She has served her local Farm Bureau as secretary, director, webmaster and YAP members.

Kayla’s hobbies include photography and art. She also loves working with youth in a mentoring capacity and educating others about the ag industry.